Japan spot prices rise but down on 2019

Japanese spot LNG cargo prices for September recovered after a plunge in the previous month and were contracted at $4.50 per million British thermal units, though were still down on the same month a year ago.

Novatek, the Russian natural gas company and operator of the Yamal LNG export plant in northern Siberia, reported that its own share of cargo sales on international markets had dropped my more than 25 percent in 2020.

The company said third-quarter natural gas sales volumes, including volumes of LNG sold, amounted to an aggregated 16.56 billion cubic metres, representing a decrease of 0.8 percent compared with the prior year.

Novatek’s quarterly LNG volumes sold on international markets dropped 27.6 percent and amounted to the equivalent of 2.20 Bcm (1.63 million tonnes) versus 3.04 Bcm in the 2019 quarter.

Novatek is the largest independent natural gas producer in Russia and in December 2017 entered the global LNG market by starting up the Yamal LNG project.

Novatek’s Yamal plant has three liquefaction Trains on stream, each with nameplate capacity of 5.5 million tonnes per annum.

A smaller fourth Train at Yamal is currently being completed and will produce 900,000 tonnes per annum, taking overall production to 17.4 MTPA.

French energy company Total and China National Petroleum Corp. are the other main shareholders in the Yamal plant. Total additionally owns a 19.4 percent stake in the Novatek company.

Natural gas volumes sold in the Russian Federation in the third quarter rose 5.1 percent and totaled 14.36 Bcm versus 13.66 Bcm in the same three months of 2019.

Delfin Midstream, the US LNG export project shareholder offshore Louisiana, has completed the engineering and design phase of the venture for the first of its floating production vessels with South Korean shipyard Samsung Heavy Industries and US liquefaction technology company Black & Veatch.

Royal Dutch Shell said its Prelude floating liquefied natural gas export plant off the coast of northwest Australia would not resume full production this year after being shut down in February 2020 because of safety issues. 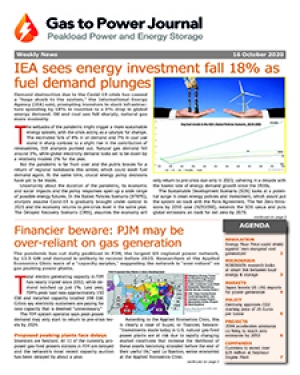 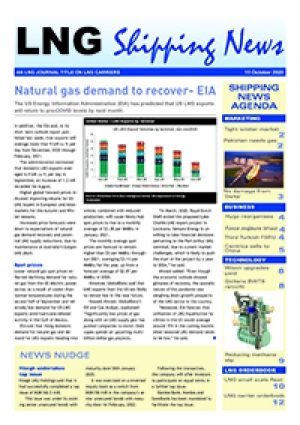 The US Energy Information Administration (EIA) has predicted that US LNG exports will return to pre-COVID levels by next month.

“We expect LNG demand to increase by 4 bill cu m this winter led by growth in China, Japan, and South Asia,” Refinitiv predicted last week during a lecture.

LNG supply is expected to grow by 3 bill cu m led by the US. This could lead to the LNG market being slightly tighter than last winter by 1 bill cu m.

However, there remained several risks to the forecasts, they admitted, foremost of which were the winter temperatures and coronavirus pandemic. Northern Hemisphere temperatures were unusually warm last winter, dampening LNG demand, while the full-blown effect of COVID-19 remained unclear, particularly as it is currently worsening in many countries and levelling off in others.

Recognising the importance of scientifically drawn forecasts GECF Secretary General, Yury Sentyurin said: “In many ways, COVID-19 has highlighted the importance of data, so we can map and understand the economic and social effects of pandemic-related measures.”

Accurate planning for the period ahead depended on not just weather but a myriad of factors, such as government policies that can often change the course of LNG demand and pricing.

In Japan, LNG import declined by about 4%, due to the mildest winter on record in addition to an industrial demand that was hit by COVID-19 in the first quarter of this year.

“That said, while the economic recovery is still very slow in Japan, we do see the La Nina weather pattern emerging for this winter and that will mean colder temperatures than last winter, boosting demand for heating,” the speakers said.

Meanwhile, South Korea, may see a 10% decline in LNG imports, due to higher availability of nuclear power and the assumption that government-mandated coal-fired plant closures may not be as numerous as last year.

“In terms of pricing dynamics, as the markets move into a period of oversupply, due to the growing convergence of global gas prices, it is important to keep an eye on the direction of gas hubs like the Henry Hub, TTF (Title Transfer Facility) and Asian spot price,” the speakers stressed.

Haiphong to get LNG terminal