Chinese LNG imports saw robust week-on-week growth last week, rising by 0.44mmt (45%) to 1.41million tonnes (mmt) last week (12-18 August) from 0.97mmt in the week prior (5-11 August). Significantly, China thereby operated in the same demand spectrum as Japan – hitherto the world’s largest and most consistent LNG importer – last week. The demand gap between the two countries has been narrowing this summer. 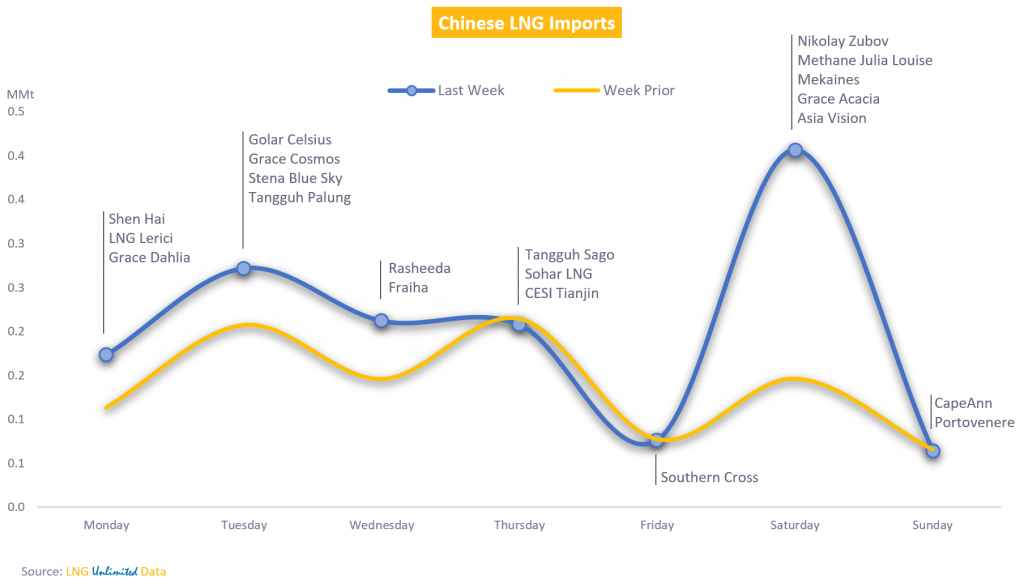